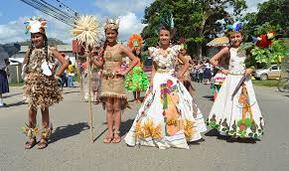 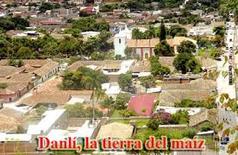 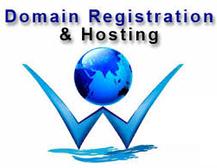 A BRIEF HISTORY OF WHAT ONCE MOVED HONDURAS

Honduras, just like most of the rest of the Central American countries bordering the Caribbean Sea, was producing bananas for local consumption since the XVI century.  In the mid-1860's, Honduras began making small shipments of bananas from the Bay Islands of Utila and Roatan, to the city of New Orleans.  These were carried as part of the cargo of small schooners making the trip between those ports.  By 1870, bananas had a ready market in the cities of New Orleans, Miami and New York.

By the end of that decade, the [Dole Bananas of Honduras] North Coast of Honduras, between the natural harbors of Puerto Castilla, to the east of La Ceiba, and Puerto Cortes to the west, had several small banana farms run by more or less family plots, which were producing good salable stems.  Around that same time, there were several buyers of the fruit who came on a fairly regular basis seeking to purchase bananas for resale in the United States of America.


One of these buyers was Minor C. Keith, who had his own plantations in Costa Rica, but who needed additional fruit to complete his shipping commitments.  Also purchasing on a regular basis from the Honduran producers in the late 1880's and the 1890’s were the Macheca’s Brothers; the Pizzattis’, and Santo Oteri and his Son.  They all came to buy bananas and did so right on the beaches of Puerto Cortes, Tela, and Ceiba.


But by mid-1899, all of these buyers became part of the United Fruit Company, which had been founded in March of 1899.  The Vaccaro-D'Antoni partnership came on the scene in late 1899, and on its first trip to Honduras, seeking to purchase oranges and coconuts for sale in New Orleans, Miami, and New York, they also purchased a few stems of bananas at Roatan Island.

Their success in selling their purchases in New Orleans, Miami and New York where they had their own outlet induced them to move to the mainland of Honduras, and by 1901, they had established themselves at Salado Barra, west of La Ceiba, and also had an office in La Ceiba.

Here is a snapshot of Honduran banana trade control by 1912:

1) Vaccaro Brothers and Company had a government concession to build a railroad from the city of La Ceiba on the north coast of Honduras to the city of Yoro, Yoro.  They had by this time some of their own plantations of bananas but continued to buy fruit from local producers.  Their area of operations was between Boca Cerrada, west of La Ceiba, and Balfate, east of La Ceiba (an area of about 80 kilometers of coastline);


2) United Fruit Company had two concessions which it had purchased with government approval.  One was to build a railroad from Tela to Progreso which is in the Sula Valley, and the other was to build a railroad from Trujillo to the city of Juticalpa in Olancho.  United Fruit set up the Tela Railroad Company and the Trujillo Railroad Company to manage these concessions.  By this time, United Fruit also had some of its own plantations, and continued to buy fruit from locals; and


3) Cuyamel Fruit Company was owned by Samuel Zemurray, who also had a government concession to build a railroad from Omoa into the Cuyamel Valley, in which he had banana plantations.  Zemurray had come to Honduras in 1905, arriving in Puerto Cortes, which wasn't much at that time.  He began purchasing fruit from local producers, just like the Vaccaro and United Fruit Company, but soon saw the need for having his own farms in order to have better quality control of production.

In summary, by 1912, bananas were being shipped from Honduras solely by the Vaccaro’s Brothers; United Fruit Company, and Cuyamel Fruit Company.  There existed an apparent gentleman pact that set the Vaccaro Brother's zone of influence from the East Bank of the Lean River on the west of La Ceiba, to the San Esteban River near Balfate, to the east of La Ceiba.


The Cuyamel zone of influence was west of the Ulua River to the Guatemalan border.

As of 1996, the banana production and export from Honduras is handled by:

1) Standard Fruit de Honduras, S.A., which is part of Dole Fresh Fruit International and which originated with the Vaccaro Brothers; and

2) Tela R.R. Co., which is part of the Chiquita Brands International which originated with United Fruit Company.  Chiquita's banana operations in Honduras are all in the Sula Valley.

Standard Fruit de Honduras, S.A. has now constituted the Maya Division, under William Swinford, who is its designer, and which handles the banana production in Honduras, Nicaragua, Guatemala, and Mexico, shipped under the Dole Label.